Gravely Mayhem Getting Some Air To It

Why Does My Screen Take So Long?

Well, today’s blog might sound a little defensive, but I’m just trying to explain a little about one of our service jobs here at the hardware store, fixing window screens.  Like anything exposed to the weather, window screens don’t last forever.  Sooner or later they all need to be replaced.  That is where we come in.  Replacing window screen isn’t exactly rocket science, (after all, I can do it), but it fits into one of those categories of “it’s not as easy as it should be”. I’ve been doing it for over 10 years now and I still have trouble sometimes. 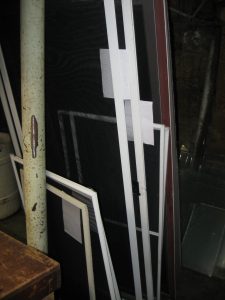 Window screen comes in two basic flavors, aluminum and fiberglass.  Aluminum lasts a long time, but eventually it will dissolve into powdery white corrosion.  This usually takes decades, but because aluminum is an electrically active metal, the close proximity of other metals and a little conductive water can accelerate the process greatly.  Fiberglass on the other hand is basically a plastic coating over some strands of glass.  When the sun and weather finally get to it, it starts to look shiny (that’s the glass fibers that you’re seeing) and loses its strength.  When it gets like that you can push your finger right on through it, the strength is just gone. 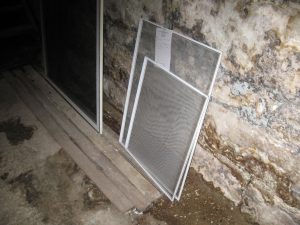 Just changing the screen isn’t usually too hard.  Just strip out the old spline, take out the screen and put in the new stuff.  Well, it’s not really that easy as you have to get it in straight and even and make sure that it doesn’t pucker.  Then you can always cut it with the roller wheel if you’re not careful, and you have to get it tight, but not tight enough to bend the frame, which won’t fit the window then. 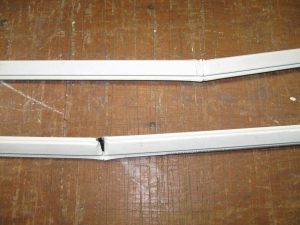 All that just goes with the territory though.  What really slows things down is when the frame needs repairs also.  Screen frames are just soft aluminum, and they sometimes come in bent.  Some you can straighten out, but if they are actually buckled or broken they have to be refabricated.  This can be done, but it all takes time.  Sometimes I really wonder what has happened to these poor screens.  I’ve actually got some in before that looked like a tractor had driven over them. 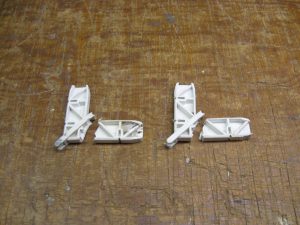 Of course, if the frames are all bent up, what about the corners that connect them together?  They are usually just plastic and as they get older they get brittle, and they often break too.  I can replace them if I have the right kind, (they’re how old?) but sometimes I have to modify something that I have to fit. 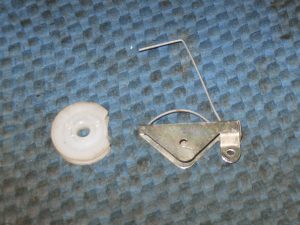 We get sliding patio doors in too.  They are essentially just window screens with rollers, so what else could go wrong?  Broken wheels can be replaced, though sometimes it’s hard to know with what when parts are completely missing. 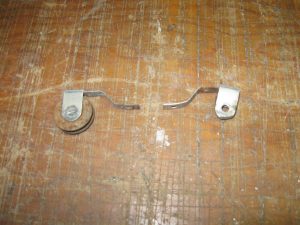 It would not be so bad except windows are usually made by smaller local companies and the parts are all vaguely different and then change over the years.  Most folks wouldn’t be surprised if the auto parts store didn’t have the parts in stock for a 50 year old car, but 50 year old screens, what’s the problem?  So I grind, drill, hammer and epoxy away in the basement, making it all work.  And that’s why screens sometimes take so long.  Be sure to check out next week’s related article, “Why did my screen cost so much?” at the Old Hardware Store…