Camper Magic From Ellicottville To Cattaraugus

We Have A Winner

You can tell that the end of the school year is coming when unusual activities begin to take place. Usually these can be traced to the soon-to-graduate Seniors at the High School. It seems that even though they all claim that they can’t wait to be finished with classes, they just have to leave their mark on the end of the school year. In Chagrin Falls, where I went to school, this would usually entail the secretive midnight climb to the top of the rickety Chase Bag water tower near our house. Once at the top the Seniors would embellish the side with the classic logo, “Class Of 19XX”. Alas, they tore down the water tower in 1977, and then they had to find something else to leave their mark on. They tried the old railroad bridge (now also gone) and several other spots around town. I’m not sure what they do now, Chagrin has changed a lot since then. 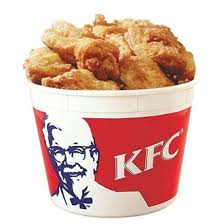 When I moved out to the country after college I noticed that the Senior pranks took on a decidedly more rural character. Our two younger sons went to Kenston and the one prank I seem to remember entailed releasing chickens in the school one night. I won’t go into all the details, but let’s just say that some of the chickens were ready to meet the Colonel before it was all over. 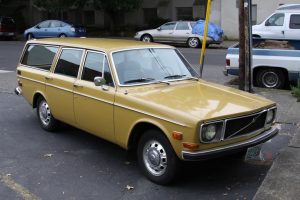 When I was a Senior, one of the rights of passage was the Senior “caravan”. The students that had a car (not everybody did in those days) would decorate them with crepe paper and signs and then parade through the parking lots on one of the last school days. Then they would drive around to the other schools in the area, blowing their horns and creating as much havoc as possible. I had a car (an old Volvo wagon, if you must know) but I never got a chance to caravan. We had just gotten a new principal and he had decided that the caravan was “too dangerous” and anyone that tried it was in big trouble. A couple diehards did and were suspended for their efforts. So much for a grand old tradition. 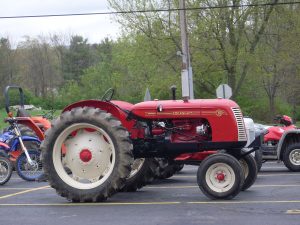 At least here in Burton “Where History Lives” as it says on the signs, that fine tradition lives on. It’s a little different, probably due to Burton’s agricultural roots, and is known as “Tractor Day”. At the end of the year on Tractor Day all the Seniors that could, would borrow Dad’s tractor and drive it to school. Then, when they were let out they would all parade together around Burton circle before heading home. It is tolerated as a fairly harmless venture and the Burton police have even been known to help block traffic for a few minutes to make sure it goes smoothly. 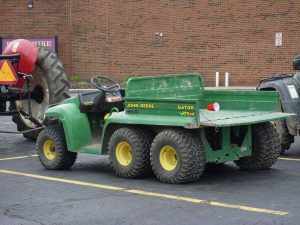 Through the years though, as fewer and fewer kids actually lived on farms, the tradition has evolved a little. Some poor tractorless kids would borrow a lawn tractor in place of a real farm tractor. They also started showing up on four-wheelers and other utility vehicles. The only rule seems to be drive the most outlandish vehicle you can beg, borrow or hopefully not steal and that it can’t be a car. This year there was quite a collection of odd vehicles in the parking lot when I drove by, but the hands down winner seems to be the lucky kid that borrowed a huge articulated log skidder used to pull logs out of the woods. I’m just sorry that I missed the actual parade, as it passed the Old Hardware Store… 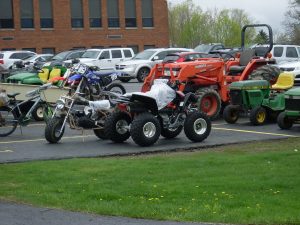