Now that New Year’s has passed, we should be in the depths of Winter. Another month ’till Groundhog’s Day, and then Spring is (eventually) here! Except this is northeast Ohio and the weather does just what it wants. Last week it was pretty warm and the little bit of snow that we received before Christmas was long melted. Our dog, Velvet, who lives for snow and SNOWBALLS!!! was terribly dejected. Every morning when we go outside she looks around checking to see if any snow has fallen over the night, and then she looks up at us as if to say, “What’s up with this, where’s the snow?” 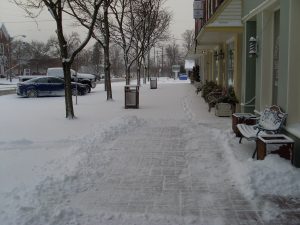 Well this week she finally was rewarded. The weatherman predicted just a trace of snow for this week, and it was supposed to come overnight and stop at 7 am. Instead it was still snowing steadily here in Burton all day. I had to shovel the walk out front, and you could tell which business owners were here early today. As I watched the snow blow by the windows here at the store, it just piled up all day. We ended up with 3-4 inches and Velvet was a very happy dog! 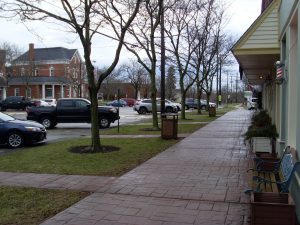 That was early in the week. The old saying is, “If you don’t like the weather in northeast Ohio, just wait 5 minutes, it will change.” Well, this week I heard a new one, “The predicted temperature highs this week sound like a winning Powerball number, 24…45…65…21…etc. No rhyme or reason to it. All of Velvet’s lovely snow melted and then we got a looong rain shower and everything turned into a swamp. Today the temperature went up to 68 degrees, and by tomorrow it’s supposed to fall to 30. That’s almost a 40 degree swing, did somebody say windy? We currently have a wind advisory in effect that says, “Breezy with gusts up to 60 (!?!) miles per hour.” Breezy?, if this was the Caribbean they would be thinking up names by now. 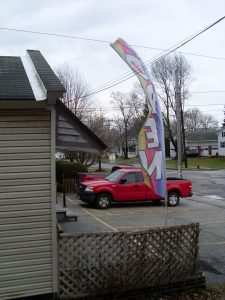 Folks are walking around in shirtsleeves today, but the forecast shows that by the end of the week we’re in for more seasonable temps with more snow. We could skip it as far as I’m concerned, but at least Velvet will be happy. I’ll just keep shoveling, here at the Old Hardware Store… 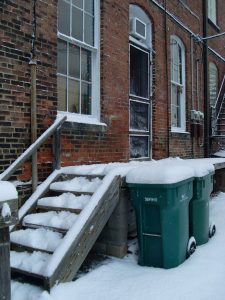