In keeping with my last blog regarding Ohio’s fickle weather, I’m going to continue in that vein with this week’s posting. As you all know, the month of March is Maple syrup time here in northeast Ohio. Wait! You say it’s only half past February? Yup, maple season has not only started, but at some places it is in full swing. Of course, the maple season has been getting earlier for reasons other than the weather, but more about that later. 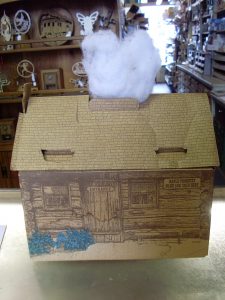 First a little about maple sugaring in general. I’m no expert on this, but after hanging around Burton for years, you can’t help but absorb a little information. To make real maple syrup, you need real maple tree sap. This begins to flow in the late Winter, when the temperature of the air begins to rise above freezing. The sap is composed of water from the ground (plentiful here in Ohio) and sugar that has been stored in the tree’s root system since last Fall. The sap travels up the inner bark of the tree to reach the branches to fuel the tree’s spring growth of new leaves and twigs. 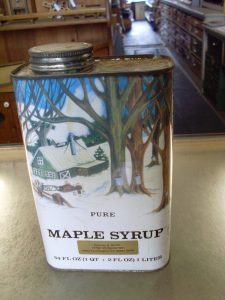 Mother Nature always makes sure the trees have a little extra, so folks have been tapping the trees to harvest this since early times. Native Americans gathered sap and boiled it with hot rocks to produce syrup and maple sugar. They taught the pioneers how to do it and “sugaring” as it is called, has been a staple on farms here since then. It takes about 50 gallons of sap to produce one gallon of syrup, and that’s a lot of boiling. Late Winter is a slack time on farms though, and as long as enough firewood had been cut, it was a good way to do something productive during this slow time. 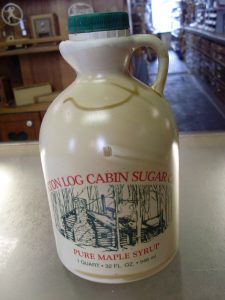 Maple syrup and sugar could be used on the farm, and it keeps, so it could be sold to “city” folks for hard to get cash money. The “Sugaring” process remained the same for many years, but lately there have been two big improvements in the technology that have made a big difference. First is the use of tubing systems in the woods to “suck” the sap from the trees. This not only eliminates the labor intensive hand gathering, although some of this savings is taken back up by the installation and maintenance of the tubing system (think SQUIRRELS!). The main advantage of this is that it allows producers to tap earlier and take advantage of short early thaws to make more syrup. The second improvement is the introduction of reverse osmosis systems in the sugar house before boiling. Now that’s a 50-cent word , but what it basically means is that using high pressure pumps and a special filter membrane, the sugar concentration of the sap can be increased to about double before the boiling starts. This not only saves time, it saves fuel, and now especially when lots of producers use gas or fuel oil to fire their arches, it helps keep down costs quite a bit. 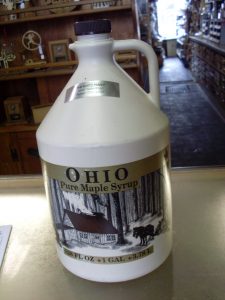 It was probably inevitable that pancakes would get into this somehow, as they are the food that most people connect with maple syrup (what about waffles?). Pancake breakfast season is upon us and it’s time to brave a cold Sunday morning and support the fund raising effort of your choice. There are Fireman’s Pancakes, Rotary Pancakes, Historical Pancakes, Veteran’s Pancakes, etc. Here in Burton they usually start in March, but my wife Mary Anne and I discussed going to an early one this weekend. Maple time only comes once a year, so you might as well enjoy it. By the way, Pancake Sundays in March are the only time I’ll be here to greet customers on Sunday, here at The Old Hardware Store…