Now that I’ve covered the side-trips from our journey to Maryland, I suppose that I ought to mention the main reason that we went; our niece Faith’s high school graduation. It is hard to believe that Faith is now out of high school. It seems as if it were just yesterday that she was a little girl. On the picture table in our living room right next to the nice cap and gown picture that my sister gave us is the only other framed picture that we have of her. It was taken when we were taking a nature walk on Cape Cod when Faith was maybe two years old. She is walking between us, reaching way up to hold our hands on both sides to steady herself. That’s it, nothing in between, boy time passes, doesn’t it? 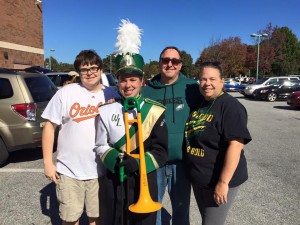 It was actually pretty hard to keep up with Faith (thank goodness for facebook – boy, I never thought I’d say that!). She was involved in so many activities in school. First she took up the trombone like her uncle. I’m pretty sure she was better though. 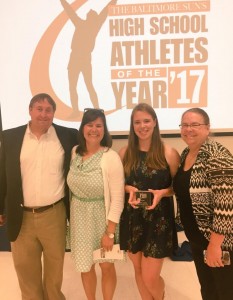 Then she went out for many sports, including softball and volleyball. She had much success in them, and is currently reaping in various the high school “career” awards for her on-field achievements. She was also active in drama, but I could not find any pictures to corroborate it. 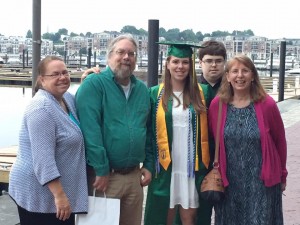 After the graduation ceremony we went into Baltimore to a very nice Italian restaurant for a celebratory dinner. Now that we are home, My sister has been sending us pictures from Faith’s graduation trip, from Paris! After all that hard work, I suppose that she deserves it. As I recall, for graduation I got a watch. I guess that says something about my high school days… 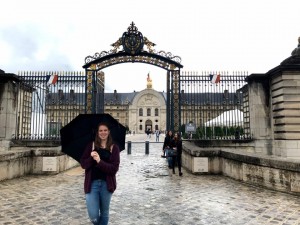