I have to apologize to our regular readers, as I haven’t been able to write anything on the blog for a while. It was mainly because Mary Anne and I took a week’s vacation last month and it’s taken me this long to get caught up. Unfortunately, when you run your own business, things have a way of stacking up when you are gone, and since I am pretty busy normally, it’s hard to get caught up again. Still it’s vital to have some time off, and we planned a week out on Cape Cod at the end of September to recharge. 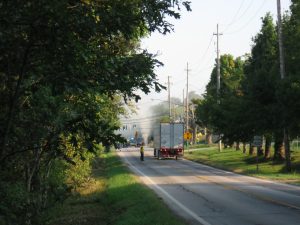 Of course it always seems that no matter how well you plan, things will always go wrong. It’s a long drive to the Cape, so this time we planned to take two days instead of one, so we would not have to drive as late. As we were packing on the morning that we were planning to leave, we got a robo-call from the Geauga County Sheriff’s department advising us to evacuate our home due to a gas leak from the construction crews hitting a high pressure line at the end of our street. I would be the type to normally ignore that type of warning, but I wandered out into the street and I could actually see and hear the gas gushing out of the hole. So instead of leaving on vacation, we headed up to our cottage in Fairport for a few hours until we got the all-clear from the authorities that the leak had been fixed. This put us several hours behind schedule and we hadn’t even left the driveway yet. 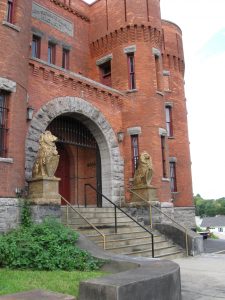 We finally got going and drove to Amsterdam, New York where we were to spend the night. I like independent hotels, and found a listing for the Amsterdam Castle. It wasn’t any more expensive than an upper level chain hotel and we made a reservation. The arrival was like something out of a cheap horror movie, all that was missing was the thunder and lightning. Now you’ll have to use your imagination a little here, but it was after midnight when we finally turned up the steep twisting drive that led to the hotel, and when we went to the huge wooden, iron studded, front doors Mary Anne said, “This can’t be the place,” but sure enough it was. 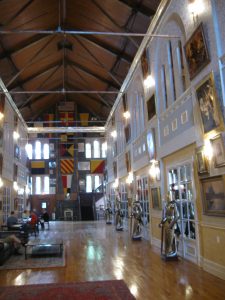 The Amsterdam Castle was a converted 1880’s National Guard armory that boasts crenelated brick towers, huge wooden doors and iron barred portcullises. The new owners had remodeled the interior to provide for a couple dozen guest rooms and decorated with just the right mixture of medieval portraits and suits of armor. We both thought it was great and our room, while unusual in layout, boasted all the standard hotel amenities. We slept like a couple logs, and in the morning helped ourselves to a nice continental breakfast in a room that compared to the great hall at Hogwarts School of witchcraft and wizardry. 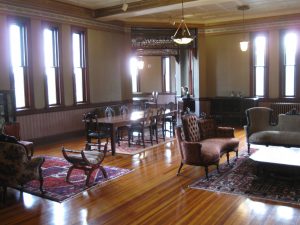 We walked the grounds and took some pictures and were back on the road, heading this time to, not a replica castle, but an actual historic coastal fort. But more on that next time, as soon as I get a chance to write again, at the Old Hardware Store… 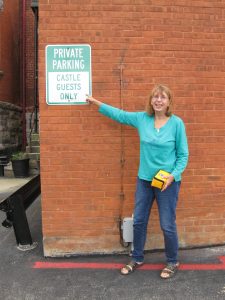