The Show Goes On

This week’s blog is a little bit of a departure from normal, it’s a concert review! Last weekend Mary Anne took me out to see a rock concert. It wasn’t one of the big new bands (I’m not even sure who they would be these days), but one of the golden oldies, Three Dog Night! This would not normally be exactly my cup of tea as I normally don’t go for revival shows. But that’s not really what it was. Three Dog Night has been touring steadily through the years, and while only a couple of the players were in the original group, the others, while newer, have been with the band for years, making for a very solid performance. 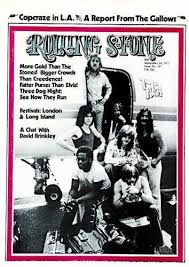 Three Dog Night, for me, is a band that, while I own several of their albums, is not something that I’ve listened to all that much. They formed in 1968 and put out a steady list of hits for several years. This was before I was listening to music much, having come of age in the late ’70’s to the “big guitar” sound bands of that era. Later on when I went to college I was exposed to a lot of music from the ’60’s and developed a taste for Three Dog Night and their contemporaries from that era. There was a used record store on campus and I picked up several of their albums there. I still have them in my collection, but I don’t play record albums much anymore, mainly because my good stereo with the turntable is located on the “old” end of the house where we usually don’t hang around much. Of course I could just turn it up until we could hear it at the other end if the house, but I don’t think Mary Anne (or the dogs) would appreciate the volume required. 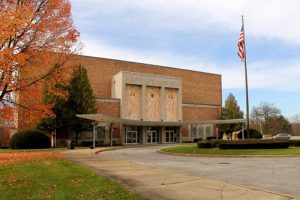 The show was at the Packard Music Hall in Warren and while I have driven by it a few times when I worked in “the valley”, I’ve never actually seen a show there. It is a nice smaller hall that seats about 2400 people and specializes in smaller, more intimate performances. They had a pretty good crowd for the show, and most of the seats were full. There was even a warm up act that was pretty good. 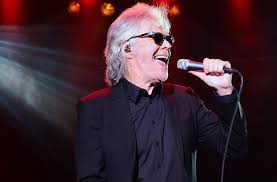 Three Dog Night has quite a repertoire to choose from, with 21 “top 40” singles and 12 gold albums to their credit. They played such classics as “Shambala”, “Old Fashioned Love Song” and “Mama Told Me Not To Come” and many others. Considering that both of the front-men were into their 70’s, they put on quite a show. Nobody jumped off any speaker stacks or anything, but they provided a tremendous level of energy and talent which made the show a fun thing to watch. Their big finale “Joy To The World” had everyone on their feet and singing along. We really enjoyed the show a lot. 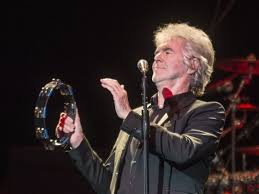 I think one of the things that made it enjoyable was that all the musicians on stage, regardless of their age, really looked like they were having fun too, and that makes all the difference. Now I’ll just have to dig out some of my Three Dog Night albums and give them another listen. I guess that it doesn’t matter how old you are as long as you enjoy what you’re doing, just like at the Old Hardware Store… 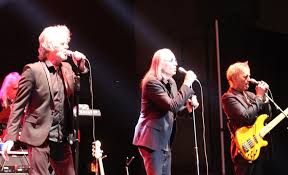