Here’s A Shovel Man, You Dig? Art Is My Life

Right Up My Alley

Sorry that I haven’t written anything for a couple of weeks, but I’ve been busy. Actually I’ve been out of town. Last week my wife Mary Anne and I drove down to Maryland to visit my sister’s family and see my niece graduate from high school. I was a pretty good trip, but I think it will take several installments to write about. 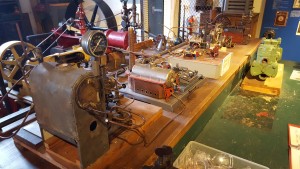 We actually did several things while we were down visiting, one of which was to take my nephew Jack out for his birthday. We made it his choice, and he picked the Baltimore Museum of Industry. Oh, happy day! Honestly, I didn’t bribe him, but the fact that he knows that I love this kind of stuff might have influenced his decision. Actually all three of us went and we all enjoyed it. We had to find it in Baltimore’s old waterfront district, a task that took both smart-phone directions and dead reckoning on my part. Locating it was helped though by the fact that it was directly under a six story shipyard crane that you could see for blocks. 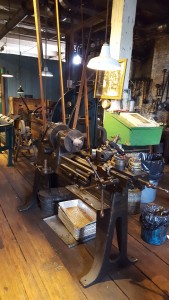 The museum’s displays concentrated on the history of Baltimore’s industry in particular, with general displays of historical items of all types. I was in heaven. Of course as we we looked at the displays I kept up a steady banter of what all the various things were and what they were used for. Of course there was also a steady stream of, “Got that, got that, had one of those. Oh, that one is misidentified!” They had an antique machine shop that looks kind of like the one in my basement, as well as many steam engines from small ones like we sell at the store, up to a big triple expansion marine engine that belongs in their vintage tugboat docked outside. 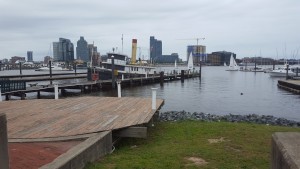 A good time was had by all, and later that afternoon we went out for excellent ribs to finish the celebration. Well that’s about all for now, more trip installments to follow, from The Old Hardware Store…