It Was Super The Art of Wood Drilling

I enjoy living out in Geauga County which I think of as being “out in the country”, but it’s also nice to be near a big city like Cleveland. That’s because big cities have things that just aren’t available in the country, like the Cleveland Orchestra. My Mom has had tickets for years for several concerts each season, and when she cannot go we often go in her stead. It’s kind of a hassle to get down to University Circle, but once you are there and parked, it’s a lot of fun. 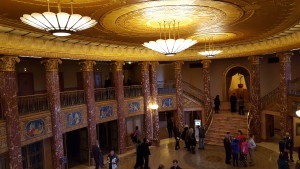 We love Severance Hall and they did a really nice job of refurbishing it a few years ago (by the way, the header photo is not Severance, it’s the Peter B Lewis building at the University next store). The orchestra is always great and while I am no expert on classical music, I know enough about the famous composers to appreciate their music. It gets a little more challenging with some of the more modern composer’s works, but I always read the program notes which usually do a good job of describing the selections along with having biographies of the composers so you can know a little about when and where the various pieces were written.

This last weekend, though, we got a little more than we bargained for, as they say. The program was a two part selection from an early twentieth century Hungarian composer. The first piece was accompanied by a modern ballet troupe, along with abstract sets. The dancing was well done, but despite having read the synopsis, I had a little trouble understanding it. During the second set, I fared no better, it was a modern one act opera that was performed in the native tongue. They projected subtitles on a screen, but it was little help. I though that both of the lead singers were good, but the scenery and the plot were a little hard to understand. The orchestra, playing in the background was excellent, as usual. 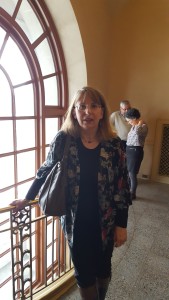 After it was over, both my wife and I figured that we had been “broadened” as they say, by being exposed to something the likes of which we had not experienced before. We then went to Little Italy for dinner and had a good meal at one of the local restaurants before we came home. To sum it up, I haven’t sworn off culture, but I did check what kind of music the next program was going to feature, and it was Beethoven, I guess that you can’t go wrong with that.