On The Cape New Goodies For Christmas

A few weeks ago I started the story of our Fall vacation with a couple articles about the adventures that we had driving out to Cape Cod. Today we’ll pick up where we left off, when we finally get there! Because of our long visit at Fort Ontario, it was dark by the time we got to the Cape. We first drove across the big bridge over the Cape Cod Canal. 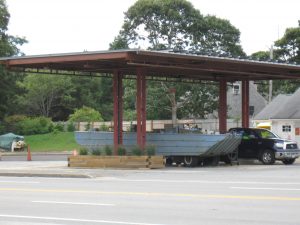 Then we had to drive most of the length of the Cape to Eastham, where our cottage was located. It was a hoot trying to find it in the middle of the night, of course. It was on a small road (at least it was paved) off the slightly larger road across from the National seashore visitor’s center. By the end of the week we knew where to turn, but until then, we had to turn around repeatedly in the operating gas station across from the closed gas station that had a World War 2 amphibious “ Duck” truck inexplicably parked in front of it (You pick your landmarks, I’ll pick mine). 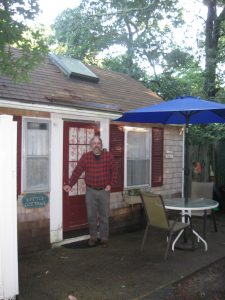 Our cottage was a very small typically Cape Cod affair. It was one room, with a toilet closed off in one corner. Where was the shower? Outside of course, it was conveniently located right next to the driveway, so you could shower off the sand when you got back from the beach. Many Cape houses have outside showers, but they usually have one inside too. Handy when it’s cold and rainy out (ask me how I know). Inside the cottage was actually well appointed, with a bed, dinette table and a tiny kitchenette. 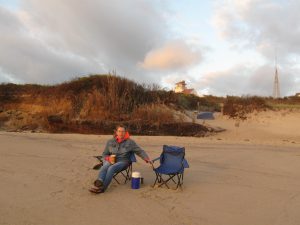 Of course the main reason to go to the Cape is not to sit around inside but to get to the seashore. For that the cottage was perfect, less than a 5 minute drive to either the ocean or the bay-side beaches. As we like to go to the beach for both the sunrise and sunset, it wasn’t too long before we had the drill down. Get up early and load up the thermos with coffee and drive to the ocean shore, set up the chairs and enjoy the sunrise. Go back, have breakfast, plan out the rest of the day and head out to see the sights. Home in the afternoon, and back to the bay-side beach to catch the sunset (also early) and then either cook in or go out for dinner. It was great. 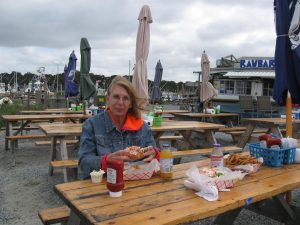 We would usually pick up lunch on the go, although one day we lived it up and got lobster rolls (yum!) at a very eclectic place down at the end of a pier in Brewster. You put in your order inside a shack, and then they would bring out your food to eat on picnic tables right beside the dock. Boats were coming and going, although no one used the fueling dock (No throwing rocks!) while we were there. We also had a nice dinner out at the Book Store Restaurant in Wellfleet. 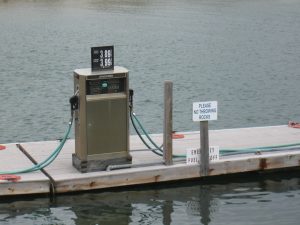 That’s it for this installment. I think I need about one more article to finish up on our trip, and then it’s back to the present, at the Old Hardware Store…