Change of the Seasons

Well, congratulations to those of you that follow this blog and to myself of course. This is the 200th installment of this missive so far. It all started when my wife Mary Anne suggested that in these modern times that the store needed a bigger online presence. We had set up a website, but websites need something new on them from time to time. Mary Anne suggested that I write a blog about some of the various things that rattle around in my head. Since I had almost failed the only creative writing class that I had ever taken in high school, this seemed like a fine idea to me. Ms. Jenkins would be proud. 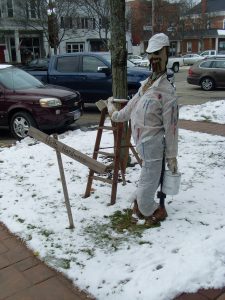 This week certainly saw the sudden entrance of the cold weather. It was still nice early in the week when I remembered that I hadn’t winterized my boat yet, and freezing temperatures were soon in the offing. I had to take Tuesday morning off work and my buddy Lou and I drove up to Fairport to do it. My boat, having an inboard/outboard motor, has water in it’s cooling system. That has to be flushed out and marine antifreeze installed to prevent freeze damage to the engine when the cold really hits. We got this done, but I had forgotten to order a new winter tarp to cover the boat ahead of time, so I’ll still have to do that when it comes in. 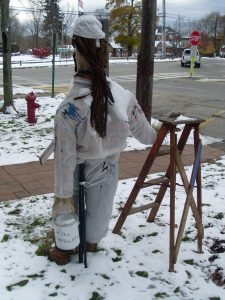 We got the cold later in the week as predicted, along with about four inches of the trace of snow that we were forecast. My cousin Dwight and his wife Mary who were up visiting from Florida made it out just in time. My mom loved seeing them and we got to take them out to see the Geauga County sights, but they got on the plane and the next day we got the snow! I’ve still got many Fall chores to do so I hope that Indian Summer comes this year (we can hope, can’t we?). 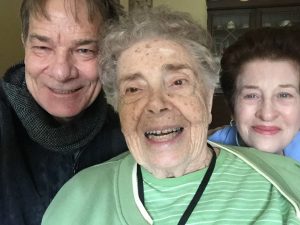 Today Mary Anne and I need to take our store scarecrow down. He looks pretty sad in the snow. He’s been up since last month and he’s had a pretty rough time this year. Only two days after we erected him he was used as a tackling dummy by a very confused (and possibly inebriated) young woman. I got him set up again only to loose him to the 50 plus MPH winds that we had a couple weeks ago. I had to add an extra steel stake in the ground to hold him up against the onslaught. 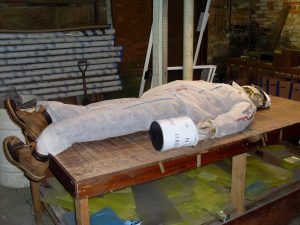 Halloween has passed and today he is covered with snow, so it’s time to take him down and take him to his in between season resting place in the store basement. I just lay him down there on same boxes, both to dry out and to scare the bejesus out of any unwitting utility workers who happen on him while working down there. He’ll rest down there quietly until next year when it’s time to go out again, at The Old Hardware Store…